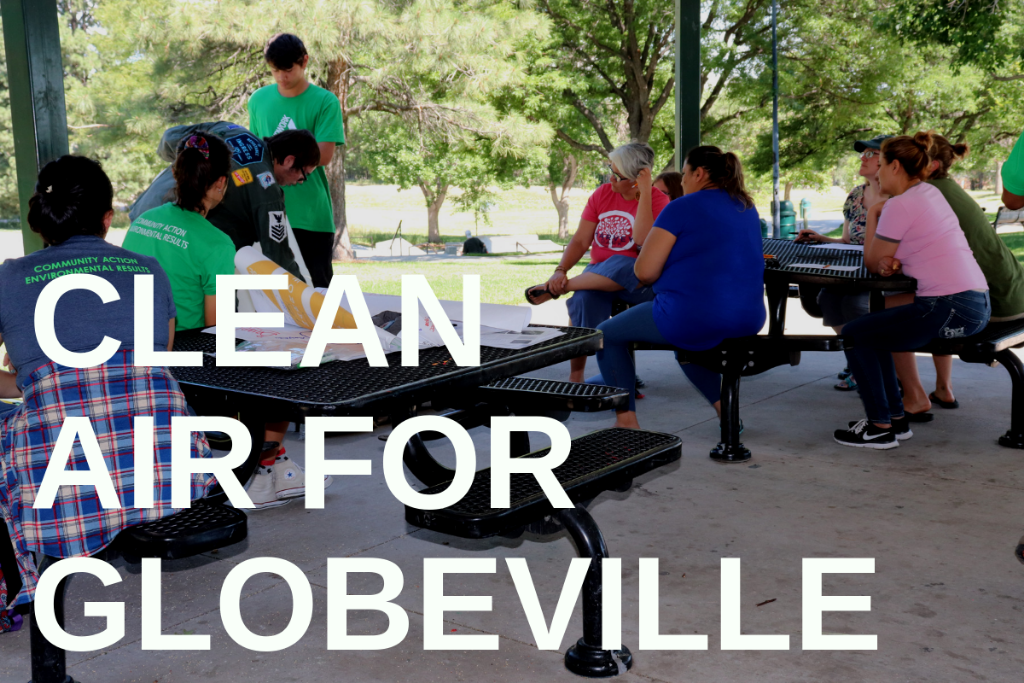 In 2010, Globeville Civic Association #1 (GCA#1) members asked Groundwork Denver for assistance in resolving an ongoing problem with bad odors in the community.  Neighbors described a tar or asphalt smell that permeated the air.  Some experienced sore throat, runny nose, watering eyes, and respiratory problems when they smelled the odor.  During summer months, many residents could not enjoy time on their patios and kept their windows closed when inside. Houses with swamp coolers stayed hot in the summer since using swamp coolers brought stinky air inside.

More About Clean Air for Globeville

Groundwork Denver and GCA#1 were awarded grant funds from the Environmental Protection Agency’s (EPA) Environmental Justice program to investigate the problem further.  Anonymous door-to-door surveys were conducted throughout Globeville during 2012. Surveys consisted of twenty five questions that addressed type of odors residents smelled, when they smelled them, suspected sources, and how the odor impacted quality of life.  Neighbors were also asked if they experienced health conditions they thought might be related to the odors. Of the two hundred households that completed a survey, 75% indicated some type of odor negatively impacts quality of life.  Residents also described dog food, sewer, animal rendering, and death as smells present in the neighborhood.

One Globeville family volunteered to collect air samples when they smelled odors.  Tar and asphalt odors contain chemical compounds including polycyclic aromatic hydrocarbons (PAH) and volatile organic compounds (VOC).   Both PAH and VOC can be harmful to human health in large enough quantities.  Air sampling methods used were a summa canister for VOC and a sorbent tube for PAH. Samples were sent to a scientific laboratory for analyses.  A wind station was erected at the volunteer family’s home.  This station logs wind, temperature, and humidity data 24 hours a day, 7 days a week.  These data, coupled with the lab analyses, helped us pinpoint likely sources of the odors.