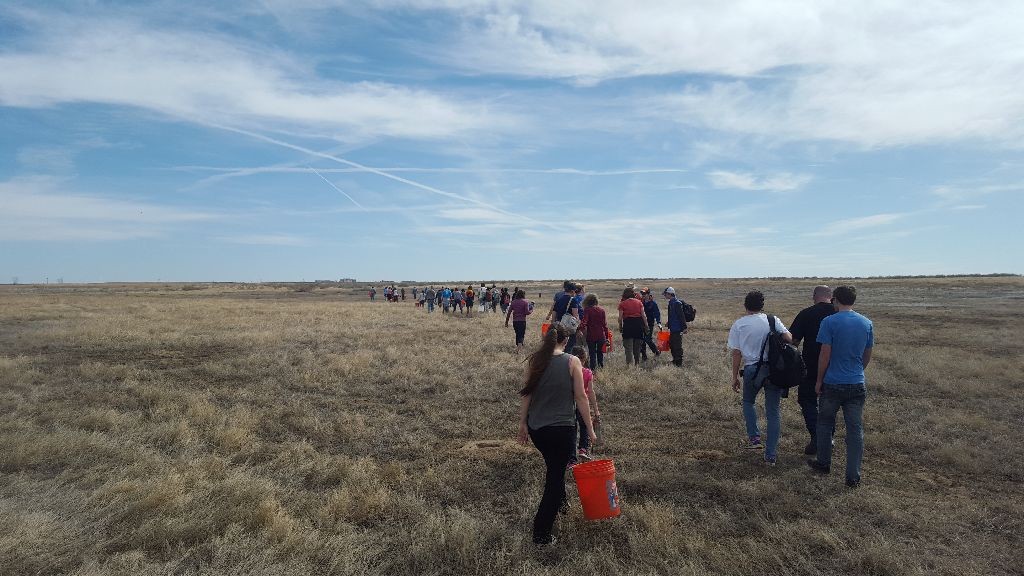 It was a gorgeous Saturday afternoon in the Denver Metro area on February 27th when a sizable group of volunteers joined Groundwork Denver out at the Rocky Mountain Arsenal National Wildlife Refuge for a native plant species seed collection project! 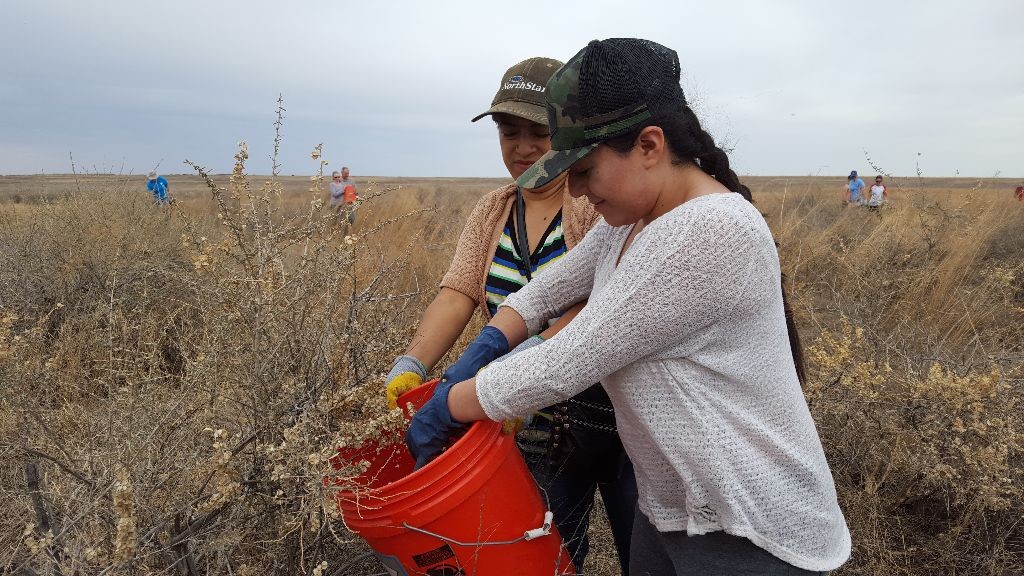 Seed collection projects are very important to the US Fish and Wildlife Service staff and their Student Conservation Association interns. There are acres upon acres of native plant species seeds that need to be collected and that responsibility usually falls on the shoulders of two interns at the refuge. For this project volunteers were collecting one seed in specific, four wing salt brush seed, an important native plant species in the Arsenal’s vast plains. With 42 volunteers in attendance for this project collecting seeds, it was huge boost for the Arsenal’s salt brush seed stash (which was temporarily fully depleted until the completion of the project).

Every time we bring a group of volunteers to the refuge numerous people express their gratitude for being introduced to the space, or even introduced to a new section of the refuge they’ve never visited. This time around volunteers were allowed to visit a section the refuge that the general population isn’t allowed to visit, which was a great experience for the volunteers. We even had the pleasure of seeing the evidence of the natural food chain within the refuge when some deer remains from a recent hunt were discovered where we collecting seeds, which I was particularly excited about seeing!

Volunteer stewardship at the Rocky Mountain Arsenal makes a huge difference, and Groundwork Denver will continue to bring volunteer support to the refuge and encourage those living in the communities surrounding the refuge to frequently connect with and engage in programming offered at the Arsenal or relating to it any way! 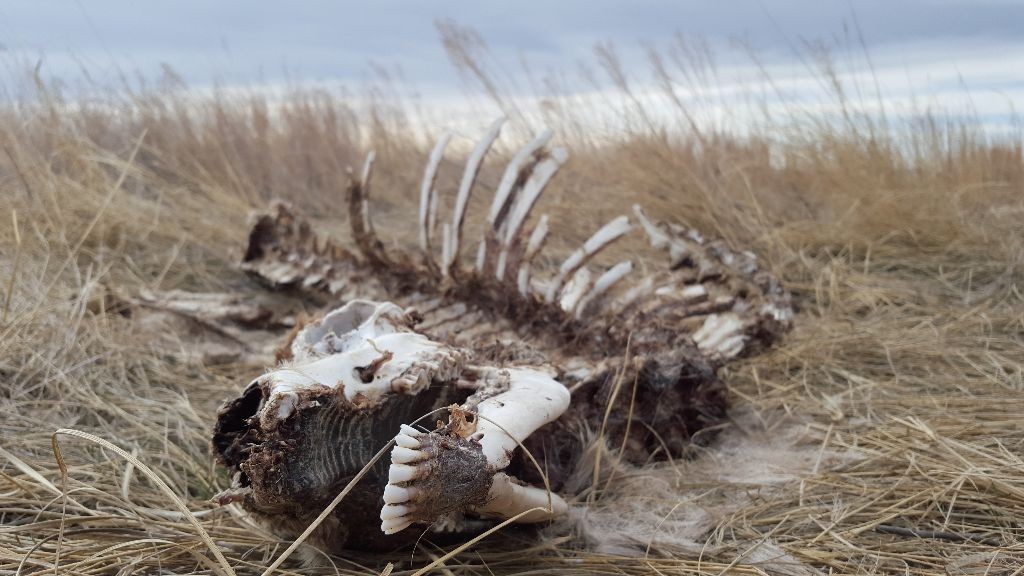 Groundwork Denver is part of a GOCO Inspire Initiative to bring youth and their families to the Arsenal, to find out more about this you can visit with GO WILD Northeast Metro Coalition Facebook page!

To see more photos from the volunteer day at the Arsenal visit our Facebook photo gallery.