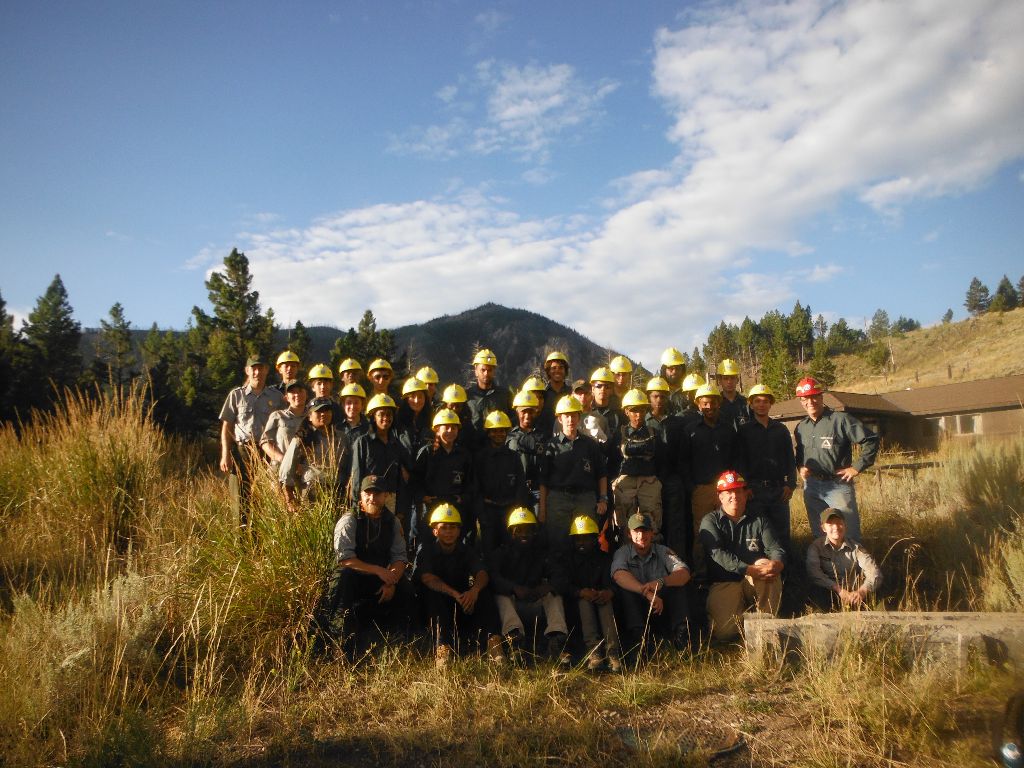 To start this entry off it is only right to give a little bit of base knowledge about Groundwork as a whole…For those of you who may not know, Groundwork Denver is a “trust” (in British common law, a not-for-profit charity is referred to as a “Trust”) and hence part of the greater national network of Groundwork organizations across the United States called Groundwork USA.

With that being said, I can now start to move on to the GOOD STUFF. At the end of August three representatives from Groundwork Denver’s Green Team [Rene Garcia Simental, Agnes Mukugasana, and Dele Johnson] were sent to Yellowstone National Park to convene with fellow Green Team members from eight other Groundwork trusts to participate in a week long conservation project in partnership with the National Park Service and the United States Youth Conservation Corps (YCC for short) of Yellowstone National Park.

A second installment of the partnership that began last August when the Groundwork Green Corps first partnered with the YCC to work for the National Park Service and learn from the ever-knowledgeable employees who are so passionate about conservation and working to preserve the the world’s first national park establishment, Yellowstone National Park.

Although many of the Green Team youth from across the country were a little tentative as they arrived at the park and met with other youth from around the country, those feelings were quickly pushed aside and great friendships were forged within the first few hours after our arrival. The youth and leaders lived together in dormitories, ate together in the dining hall, and worked together in various areas of the park. Learning about all the mysterious and highly impressive features of Yellowstone. 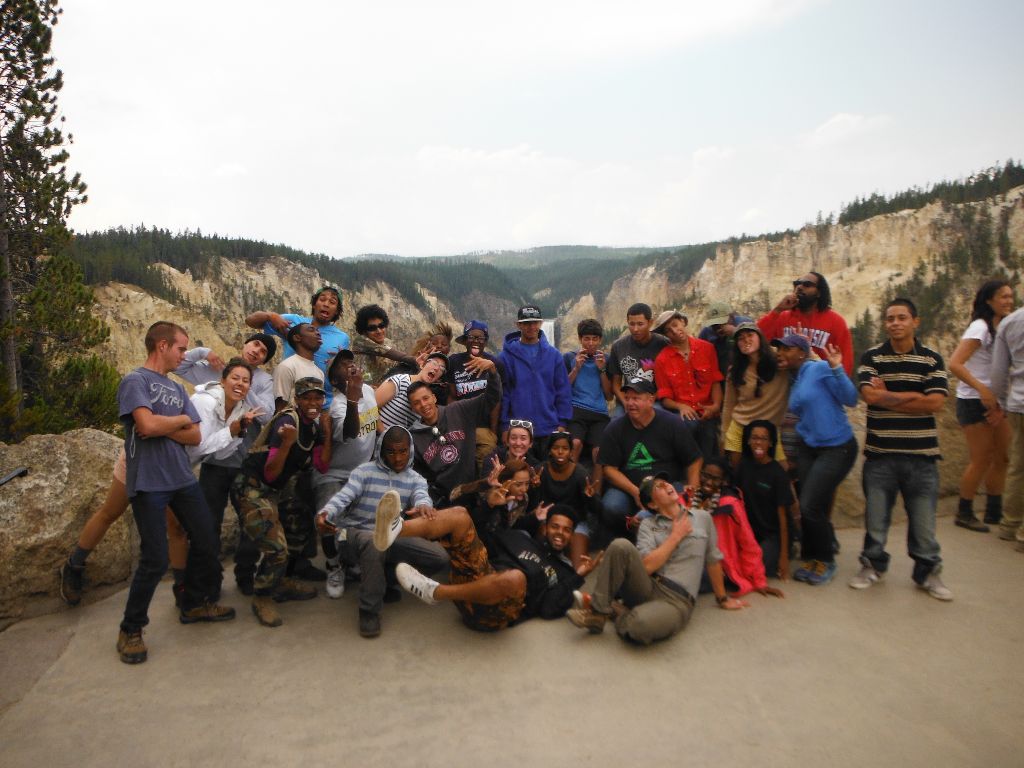 For many of these urban teens, being so close to wildlife such as full grown bison and elk, prong horned antelope was truly a special experience. In addition to being in the heart of one of the earth’s largest calderas, a large, basinlike depression resulting from the explosion or collapse of the center of a volcano. Nearly every second, minute, moment of the week in Yellowstone was a learning experience for each youth. Whether it was learning about the history of Yellowstone National Park, the extensive ecosystem which inhabits the park, or learning something about themselves as they challenged themselves to do new things and take on unfamiliar tasks with a positive attitude. 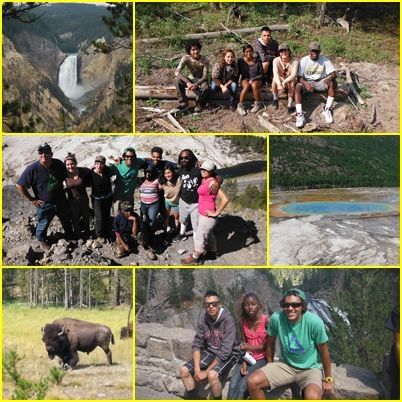 Groundwork Denver Green Team member Agnes had never been to a national park before, let alone work in one. She was a little nervous at the beginning of the experience, using strange tools, hiking long distances, being away from her home and family for a full week. But by the end of the second day she had left all of her inhibitions behind and was loving every piece of the experience, she enjoyed herself so much that she in fact didn’t want to leave all of her new friends after the week of work was done. 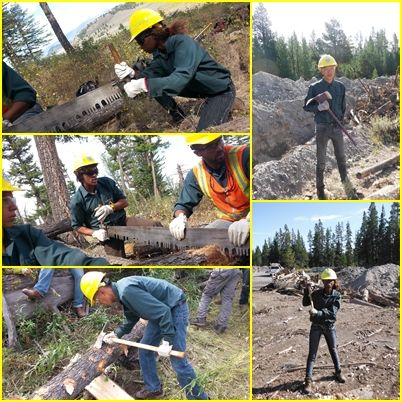 Our other Green Team member Rene has a little bit of a different story. Rene had the chance to participate in the Groundwork Green Corps Week in 2012 and so he was returning to Yellowstone as an experienced veteran of the program and eager to see recognizable names, faces, landscapes, and wildlife! Rene, a youth who is always eager to learn and a hardworking member of the Green Team was comfortable from the jump and says his experience in Yellowstone the second time around was just as good as the first if not better!

The Groundwork Denver crew worked alongside the Groundwork Portland crew during the week on three different projects. We started out by doing some work to prepare for new boardwalk trails in a section of the park that is at the top of a canyon next to the Yellowstone River on the first day of work. Our second day of work was spent chopping logs to be used as what the park service calls “bumper logs”. A bumper log being two short stump like logs with large notches cut out of them so that a longer long around 5-6.5 feet long can be placed on them and set along the side of the road where unsanctioned car pull offs had been created due to beautiful views or high wildlife activity next to the road. These bumper logs block cars from pulling off to the side of the road where they shouldn’t and help protect natural vegetation the dies when repeatedly run over by vehicle tires. Our crew finished the week of work with trail maintenance on the Specimen Ridge trail of the park. We created and installed what are called “check dams” and “water bars” to help reduce the effects of erosion on the trail. This work also included more log cutting in addition to digging small coffins for the logs to be placed in the trail. Our last day of trail work another crew consisting of GW trusts Somerville, Dallas, and Milwaukee joined us to install the check dams and water bars we had been working to make the previous two days.

All of the work done was truly satisfying and meaningful to the conservation efforts of Yellowstone Park. After the last day of work each Groundwork Green Team member and leader was honored with a certificate for our hard work in the park side by side with the YCC. 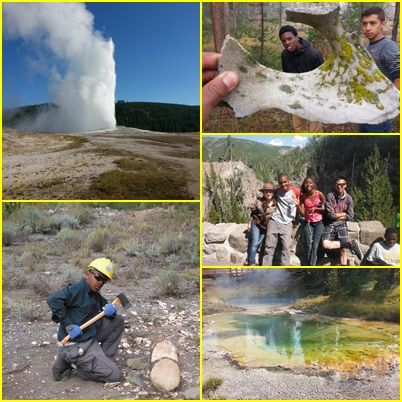 The last day in camp was a little bit emotional as we all had to say goodbye to our new friends whom with we shared a very rare experience. But we all knew that we had made friends that we will have and cherish for a long time. And I am truly grateful that I was given the rare chance to experience Yellowstone National Park the way I did during that week and meet some truly amazing Groundwork Green Team youth and youth leaders!

A huge thanks to Groundwork USA, the National Park Service, Yellowstone National Park, the United States Youth Conservation Corps, and all the Groundwork trusts from around the country that participated in the week long project. It was truly something special to have shared the experience with you all. 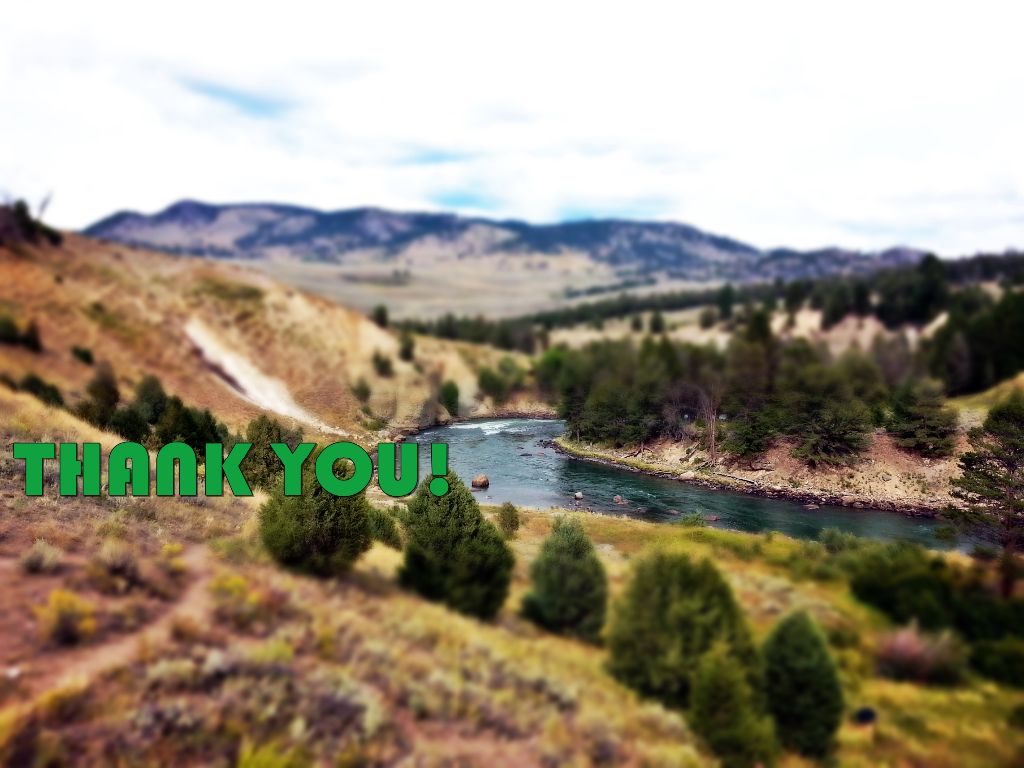