At the Beginning of June Groundwork Denver hosted a community building and volunteer event called Fair at the Bear at Bear Creek Park in Southwest Denver. As an agent of our Lower Bear Creek Watershed Plan Fair at the Bear allowed us to shed light on some water quality issues that Bear Creek is suffering from and open conversation with people in the area about the value of the natural areas along the creek.

Major problems noted by park patrons are the amounts of trash and lack of safety. But it wouldn’t have been a fair without some fun! Activities featured at the event were: fly fishing lessons, arts and crafts, and a nature treasure hunt! In addition to those activities we also did a raffle drawing to giveaway bikes to five lucky Southwest Denver youth that attended the event. 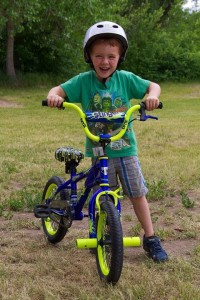 Thanks to the help of 49 volunteers significant amounts of trash were collected, trees were specially painted to protect them from beaver damage, and invasive weeds were removed. 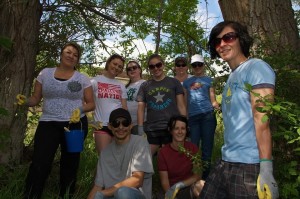